Tribunal Considers: What is a Structural Defect?

In the matter of Wesfarmers General Insurance v Jameson [2016] NSWCATAP 136 (23 June 2016 (“Wesfarmers”) the New South Wales Civil and Administrative Appeals Panel, recently considered the meaning of a “structural defect” and “structural element” for the purposes of the Home Building Act 1989 (“Act”) and the Home Building Regulation 2004 (“Regulation”).

The definition of structural defects 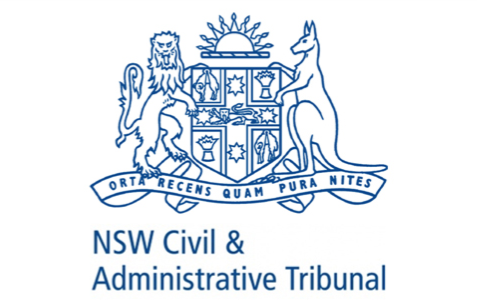 The definition of a structural defect, or structural element, has been a matter of contention for a number of years and in particular, in the assessment of home warranty insurance and statutory warranty claims.

Structural Defect was defined as:

Structural Element was defined as:

“(a) any internal or external load-bearing component of the building that is essential to the stability of the building or any part of it, including things such as foundations, floors, walls, roofs, columns and beams, and

(b) any component (including weatherproofing) that forms part of the external walls or roof of the building.”

Where a policy of insurance or contract was entered into prior to January 2015, insurers or defendants often argued that items such as fire protection and waterproofing were not structural elements and therefore did not fall under the six year period of cover.

It is often the case that defects are not discovered or become apparent within 2 years therefore, this meant that the insured often failed to recover compensation for rectification of items such as fire protection or waterproofing as the claim was made after the two year period, despite the fact many would consider waterproofing and fire protection are critical to the habitability of a dwelling.

To prevent further confusion the legislation was changed on 15 January 2015. The terms “structural defect” and structural element” were removed from the Act and replaced with the terms “major defect” and “major elements”.

“(a) a defect in a major element of a building that is attributable to defective design, defective or faulty workmanship, defective materials, or a failure to comply with the structural performance requirements of the National Construction Code (or any combination of these), and that causes, or is likely to cause:

(i) the inability to inhabit or use the building (or part of the building) for its intended purpose, or

a defect of a kind that is prescribed by the regulations as a major defect.”

A major element of a building means:

“(a) an internal or external load-bearing component of a building that is essential to the stability of the building, or any part of it (including but not limited to foundations and footings, floors, walls, roofs, columns and beams), or

(b) a fire safety system, or

(d) any other element that is prescribed by the regulations as a major element of a building.”

The Regulations have not added to the definition of major element but the Act now clearly brings the two major items of waterproofing and fire protection into the six year period of cover.

In the Wesfarmers matter the Appeal Tribunal had to consider whether a structural defect also included a defective sewerage installation. In this case the sewerage line was not laid correctly beneath and outside the dwelling, the sewerage pipes were the wrong dimension and there were various other defects associated with the sewerage drainage.

The fact that the sewerage lines were defective was not disputed and consultants found that the sewer pipes under the house were laid to a non-compliant gradient resulting in the back flowing affluent spilling onto the floor of the residence. The kitchen sink was also not clearing and back flowed.

The original Tribunal Member was satisfied that the back flow into the applicant’s house fell within the definition of a structural defect, in that the overflowing sewers were likely to prevent part of the dwelling, such as a toilet, bathroom and the kitchen, having continual practical use. The overflowing sewer was also likely to result in physical damage to the floor, cabinets and walls.

The Member found that the definition of structural element in the Regulations was not exhaustive and included such things as foundations, floors, walls, roofs, columns and beams. It was therefore the Members view that sewerage which overflows was not that dissimilar by analogy to a structural element comprised in the leaking or defective roof.

The Appeal Panel agreed with the original Members finding. They found that the Act provided for three separate distinct elements to the definition of structural defects. These are:

This decision provides some relief for home owners making claims under home warranty insurance policies provided before 15 January 2015, or for statutory warranty claims, as it now appears there are grounds for a broader interpretation of the meaning of structural defect than home warranty insurers would hope for.