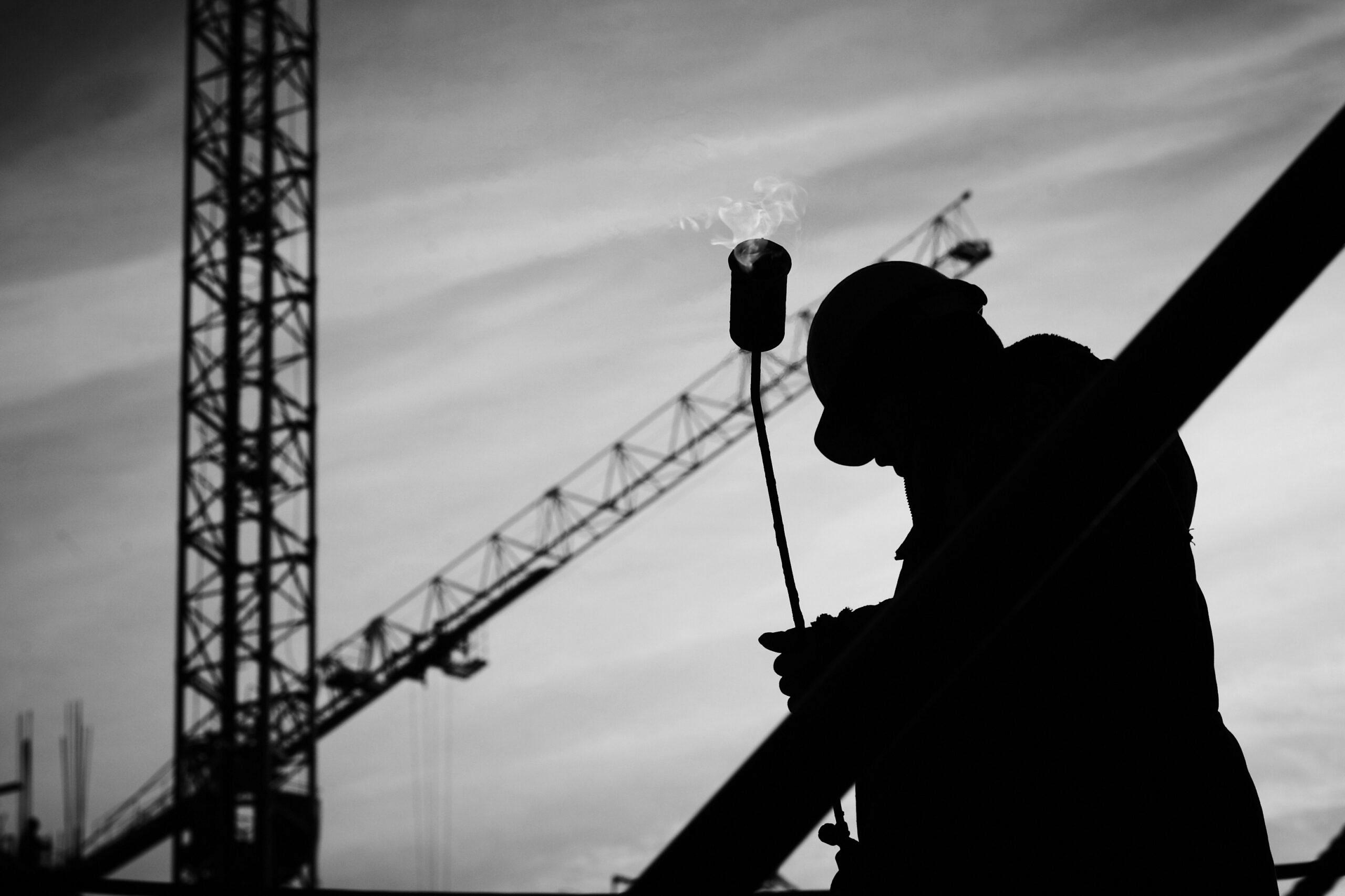 Security of Payment Act: The role of reference dates revisited by the Court of Appeal

On 17 April 2020 the Court of Appeal delivered a decision in relation to the controversial topic of “reference dates” under the Building and Construction Industry Security of Payment Act 1999 (NSW) (SOP Act).

There was a unanimous decision delivered by Gleeson JA with whom Meagher JA and Payne JA agreed. The case in particular looked at the consequences of an Adjudicator making a determination outside of jurisdiction.

The contract was terminated by Hanson on 3 October 2018.

The Payment Claim was described as “Progress claim No: September 2018” and was expressed as made pursuant to clause 11.4 “for work completed up to September 2018”.

The reference date for the claim was not expressly stated. The claim included a number of subcontractor invoices which covered work performed by the relevant subcontractors between the period from 25 September 2018 to 10 October 2018 and a claim for interest.

Hanson served a payment schedule on 10 September 2019 which specified the scheduled amount as “Nil”. Two reasons were given by Hanson. One was that Brolton had exceeded the Guaranteed Maximum Price under the contract. The other was that Hanson was entitled to liquidated damages of $1,625,000 up to the date of termination of the contract.

In making that determination, the Adjudicator found that the reference date was 23 October 2018 given Brolton’s entitlements under clause 12.3 of the contract in relation to termination.

In the adjudication application Brolton made reference to clause 11.4 of the contract and acknowledged that it had previously submitted payment claims in August and September 2018 that were invalid because they did not provide a supporting statement (par 48) and then stated (in par 49)

“As Brolton served payment claims in August and September 2018 which were under the Contract only (and not under the Act), this leaves the reference dates available for Brolton to use.”

Brolton did not contend in the adjudication application for any particular reference date under the contract, but said that both August 2018 and September 2018 were available.

Hanson commenced proceedings in the Supreme Court seeking a declaration that the determination was void and ancillary relief.

Hanson argued that the Adjudicator made a jurisdictional error for two reasons:

The primary judge, Ball J, ultimately found in favour of Hanson and made a declaration to that effect and granted ancillary relief.

The appeal by Brolton against that primary decision challenged both of the Section 22(1) and Denial of Natural Justice reasons accepted by the primary judge for concluding that the determination was void.

Ultimately, the Court of Appeal unanimously upheld the decision of the primary judge and the appeal was dismissed with costs.

The Court of Appeal confirmed the decision of the primary judge in relation to the section 22(1) argument and found that there was a jurisdictional error based on the following reasoning:

a)  the existence of a valid reference date is an objective fact to be found by the Court where necessary;

b)  section 22(1) authorises and requires the adjudicator to determine the amount of the progress payment (if any) to which Brolton was entitled pursuant to its payment claim under section 13(1);

c)  section 13(1) requires that each payment claim be supported by a reference date;

f) As 23 October 2018 was not an available reference date then this was not a valid payment claim under the SOP Act and ineffective to trigger the procedure established by Part 3 of the Act.

g) Therefore, the Adjudicator had no authority or jurisdiction to make any determination with respect to Brolton’s payment claim.

h) Accordingly, jurisdictional error of the kind grounding relief in the nature of certiorari was established.

j) As to Brolton’s argument that there was an alternative available reference date the Court of Appeal found as follows:

“Contrary to Brolton’s submissions, it is not to the point that there was an available reference date of 25 September 2018 under the contract. The adjudicator did not embark upon the determination of the amount of the progress payment (if any) to be paid by Hanson to Brolton on the basis that the payment claim was supported by a reference date of 25 September 2018. Instead, he determined the progress payment to which Brolton was purportedly entitled on the basis that the payment claim was made in respect of a reference date of 23 October 2018. As that was not an available reference date the payment claim supported on that basis was not a payment claim under the Act and ineffective to trigger the procedure established by Pt 3 (see Southern Han at [62]). It follows that the adjudicator had no authority or jurisdiction to make any determination with respect to Brolton’s payment claim supported and understood in that way. Accordingly, jurisdictional error of the kind grounding relief in the nature of certiorari was established: Quasar Constructions NSW Pty Ltd v Demtech Pty Ltd  [2004] NSWSC 116; (2004) 20 BCL 276 at [35] (Barrett J)”.

The Court of Appeal confirmed that the primary judge correctly found that there was a denial of natural justice based on the following reasoning:

b) there will be a denial of natural justice where the adjudicator determines a dispute on a basis for which neither party has contended without giving the parties an opportunity to make submissions on the matter.

e) The Court rejected the argument by Brolton that any denial of natural justice was not material. The Court found that the adjudicator’s decision to proceed on the basis of a 23 October 2018 reference date was “plainly material” as it substantially affected the quantum of the determination. Brolton’s payment claim included claims for work done after a 25 September 2018 reference date, as well as claims for delay costs due to extensions of time which had not been the subject of any variation application made before that earlier reference date.

g) Accordingly, the Court of Appeal found there was no error by the primary judge in finding that the submissions that could have been put by Hanson that claim was made pursuant to clause 12.3 of the contract, might have had some prospect of changing the Adjudicator’s mind on this point.

In the appeal Hanson submitted that Brolton’s payment claim was not a valid claim with a reference date of 25 September 2018, because it included amounts it was not entitled to as at that date.

This was a reference to subcontractors’ invoices for work performed in the period 25 September 2018 to 10 October 2018, and the claim for interest to August 2019.

Brolton argued that the inclusion of work performed after the available reference date of 25 September 2018 and interest up to August 2019 did not invalidate the payment claim in the present case.

The Court of Appeal upheld the findings of the primary judge that the inclusion of work performed after the reference date does not invalidate the payment claim.

Amendments to the Act

This case relates to a contract dated 13 September 2017 and therefore the relevant version of the SOP Act includes the concept of “reference dates”. This concept was removed in the subsequent amendments which came into effect for all contracts entered into from 21 October 2019.

Further, these amendments to the SOP Act also allow for a statutory right to make one claim after termination.

It will be interesting to watch the application of the various precedents in relation to “reference dates”, such as this one, once the cases under the new regime post 21 October 2019 come into effect.

In this case the Adjudicator’s determination failed to address the task he was authorised and required by Section 22(1) the Act to undertake, rendering it void.

The Adjudicator determined a dispute on a basis for which neither party had contended without giving the parties an opportunity to make submissions on the matter. Ultimately, the adjudication determination involved a denial of natural justice.

It is important that a claimant clearly identify and address the essential precondition elements to a valid payment claim under the SOP Act in order to avoid failing in the Adjudication process or leaving the claimant vulnerable to challenges of any decision ultimately obtained in its favour.

For more information, please contact our lawyer David Glinatsis (Director) at excellence@kreisson.com.au or on 02 8239 6500.