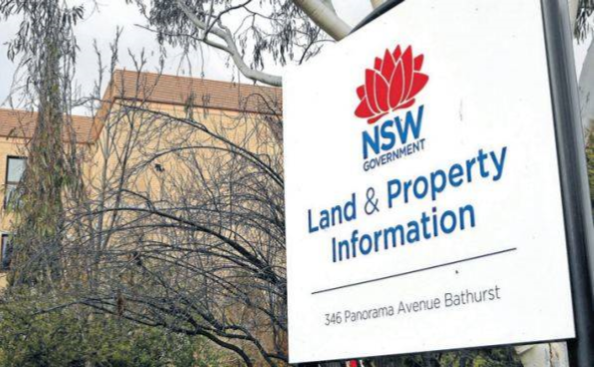 On 13 September 2016, Gladys Berejiklian, NSW Treasurer and Minister for Industrial Relations, introduced the Land and Property Information NSW (Authorised Transaction) Bill 2016 claiming it will be: “An Act to provide for the transfer of the assets and staff of the Titling and Registry Services Division of Land and Property Information NSW and to provide for a concession for the operation of titling and registry services by the private sector; and for other purposes.”

Rumoured since late 2014, this is the latest in the NSW State Governments multi-billion dollar privatisation of assets. “Investment from the private sector in LPI’s titling and registry operations will provide better outcomes for the state,” Ms Berejiklian said. “The private sector will also be better placed to invest in new technology, which will have major benefits for consumers.” Net proceeds will fund new infrastructure across the State, including the stadia package. The valuation services will not be included.

The NSW State government will open up the land and titling operations of LPI to purchase by private business under a ‘partial’ privatisation.

In an official statement from LPI, the entity will separate into five discrete units:

Recently, on 1 July 2016, the LPI separated the regulatory and operational functions and assured the public that TRS maintains a secure and efficient system of land ownership and State-Government- guaranteed land title protection using the Torrens system.

The newly formed ORG oversees the operations of TRS and the NSW Government continues to guarantee security of ownership for registered landowners recorded in the NSW register, ensuring confidence in the land title system.

The Nature of the Sale

With an asset like this on the market for purchase by private operators, the deal will be like a long term lease known as the Authorised Concession. The Bill provides inter alia:

With the main office in Queens Square in Sydney the next largest office of LPI is in Bathurst and there are dozens of other regional offices. The biggest concern with privatisation would be avoiding closure of any offices and maintaining jobs.

Clayton Barr, the Shadow Minister for Finance, Services and Property highlighted the recent rise from $109.50 to $136.30 for each transaction – an increase of almost $27.00.

“The Baird government’s latest price gouge on the people of NSW is a blatant attempt to fatten the pig for market,” Mr Barr said.

“There is no justification for an almost 25 per cent increase on the fees people pay for everyday transactions.”

Mr Barr said the government should keep revenue generating public assets instead of “flogging them off” to private investors. The public asset will be sold to fund infrastructure including new stadia, promised in the lead up to the 2015 state election.

“Privatising the registration and recording of land titles in NSW is an unprecedented and reckless experiment in privatising a core part of government. The land titling system underpins our entire economy, it is a core responsibility of the state and must be undertaken by public servants.

To have this extremely sensitive data which includes land title but crucially the mortgage obligations of millions of landowners controlled, regulated and accessed by a private entity is completely unacceptable.

For most people the purchase of their family home is the most significant financial asset, and sadly often costs more than a million dollars in Sydney. It’s reckless to hand the administration of that to a private for-profit company.

Let’s be clear, if the land title system is compromised as a result of this privatisation experiment, the NSW economy will fall over.”

Gary Ulman, President of the Law Society of NSW regards LPI as one of the best performing land titling services in the world, and claims that the sale is unjustified.

“The justification for the privatisation of public assets usually lies in the need for a large-scale injection of capital into an industry, or to address underperformance by a government utility,” Ulman said, “Neither rationale applies in this case.”

The Law Society will make submissions in relation to the Bill and will continue to oppose the privatisation of LPI.

Anne Gardiner, the Public Service Association general secretary said she was concerned about the protection of sensitive information and the potential increase in the cost of insurance for land title owners if the government no longer controls the titling system.

Ms Gardiner said cuts to the Independent Commission Against Corruption’s budget also meant that there would be diminished oversight over the privatisation of government assets including the LPI, prisons, the disability sector and TAFE.

“There has never been as big a risk of corruption as there is now with all these proposals for privatisation,” Ms Gardiner said.

We look forward to reading the second reading speech and will keep you updated.