THE STATUTE OF LIMITATIONS

Parliament makes laws by passing statutes. The Courts apply those laws to resolve claims. A statute law establishes the deadlines within which claims can be pursued in the Courts. For example, litigation to enforce contracts must be started within 6 years after a default. The legislation is designed to protect defendants against stale claims made long after documentary records have been lost, memories have faded, and witnesses have disappeared. It’s been around for a very long time: The Statute of Limitations Act was passed in 1623.

CAN A LIMITATION BE WAIVED?

It’s been a moot point for some years whether one can contract out of a statutory limitation period. In general, a person is free to waive or renounce contractual rights. That freedom may be proscribed by express terms in a statute. In the absence of clear words, it will be less clear whether Parliament intended to limit that freedom.

The courts will not enforce a contractual term that seeks to defeat or circumvent a limitation designed to advance the public interest, for example; to protect investors or consumers generally.

The imposition of criminal sanctions or civil penalty typically indicates such a purpose. Absent any such indication, it’s not clear whether the Limitation Act promotes a matter of general public policy or merely affects private rights.

The High Court may resolve that issue in the coming months. It will hear an appeal about a mortgage signed in 1998 to secure a $320,000 loan.

The terms of the mortgage purported to exclude so far as possible any statutory provision which curtailed the mortgagee’s rights.

For one reason or another, the mortgagees took no action to recover the debt until 2017, even though nothing has been repaid since 2001. By then, with interest, the debt had risen to more than $4 million.

The judge at first instance decided that the Limitation of Actions Act 1974 (Qld) prevented the mortgagees from suing for the debt or exercising their rights under the mortgage. On appeal, the mortgage was held to exclude the operation of the statute. On 11 September, the High Court accepted a further appeal. It will hear the arguments and make a decision in the coming months.

The decision will be relevant to all contracts, not just mortgages. For example, defects in engineering projects may not become apparent for some considerable time. Strata corporations often delay legal action for years. Unless the building has a major defect, any warranty claim under the Home Building Act 1989 (NSW) is statute-barred after just 2 years.

Kreisson will let you know when the High Court resolves the matter. Pending that outcome, you might like to review your standard contracts. Kreisson’s commercial lawyers can help keep your contracts in line with legislative developments and the latest Court decisions.

For more information, please contact the author John Hodgkinson (Special Counsel) on (02) 82396500 or at excellence@kreisson.com.au. 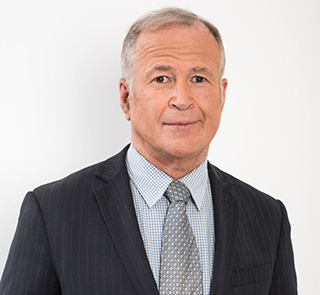