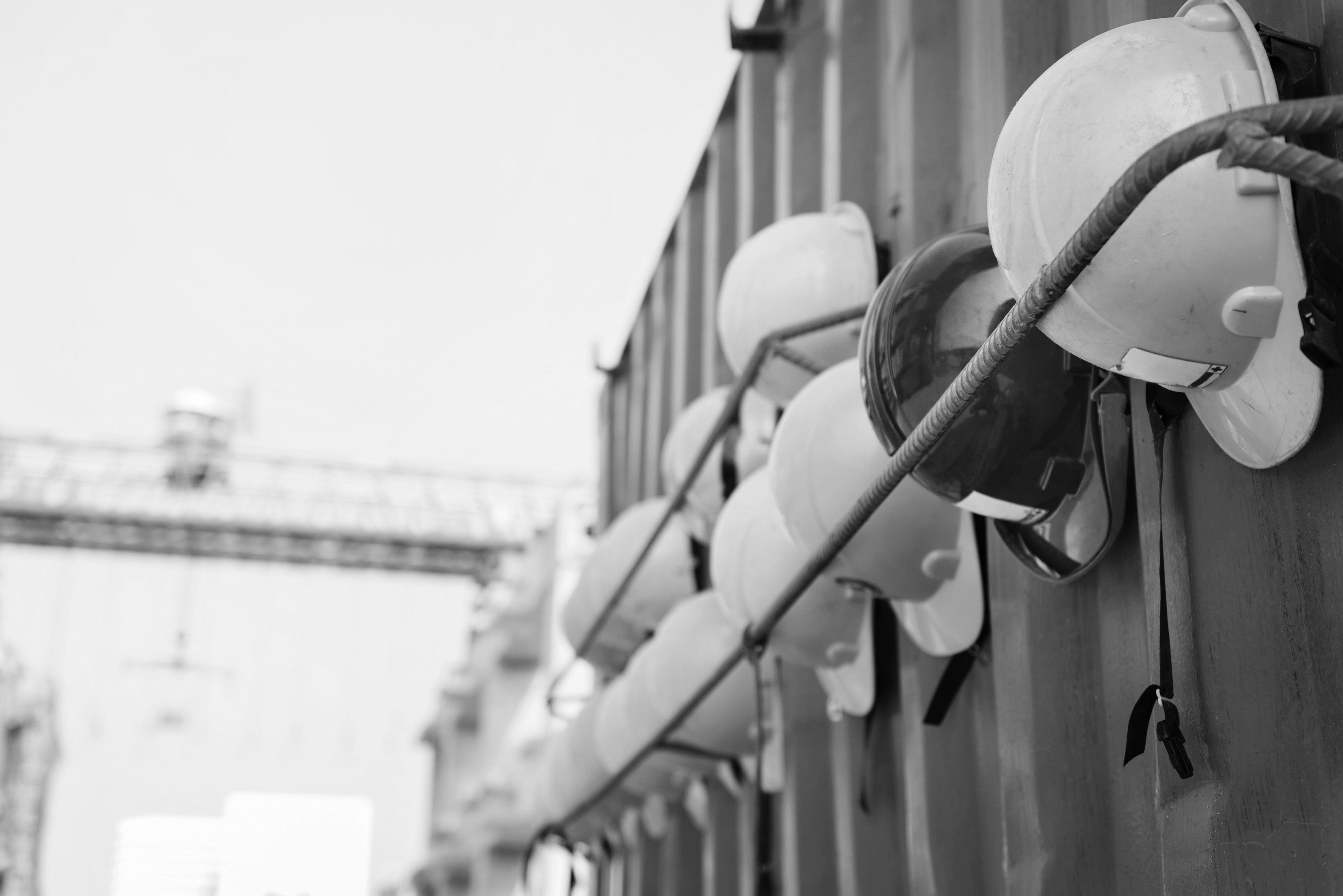 Have you done your time? HBA Licence Application Appeals

When making an application for a building licence under the Home Building Act 1989 (HBA) it is assessed by Fair Trading using a policy known as “The Instrument” which sets out the policies for the approval process.

There are three main types of licence to apply for:-

There are two main elements to make an eligible application:-

WHAT IF AN APPLICATION FAILS?

If a licence application fails, the applicant can then seek an Internal Review of the decision by Fair Trading. If the Internal Review again fails to grant a licence then the only remaining avenue is to appeal to the NSW Civil and Administrative Appeals Tribunal.

When assessing an application, Fair Trading is guided by “the Instrument” which sets out the guidelines for approval by that Department.

This is a policy document only and not legislation made pursuant to an Act of Parliament.  Accordingly, the Tribunal is not restricted by the strict provisions of the Instrument.1

In considering an application for review, the Tribunal is not restricted to the material that was before Fair Trading, but may have regard to any relevant material before it at the time of the review.

The recent case law reviewed below shows the Tribunal will look at a much wider set of evidence and circumstances in making a finding as to whether an applicant has satisfied the requirement of two years experience that is open to Fair Trading to consider.

In Ngo v Commissioner for Fair Trading, Department of Finance, Services and Innovation [2019] NSWCATOD 103 the Applicant was a civil engineer with a variety of experience, the majority of which was overseas over a 30 year period in large commercial projects as a project manager.  Fair Trading had refused Mr Ngo’s application on the basis that he had not attained two years’ acceptable relevant industry experience in a wide range of building construction work, as was required by the Instrument.

The Tribunal overturned the decision of Fair Trading and granted the applicant a supervisor certificate.

The Tribunal Member made the following comments:-

“I have found that rigid adherence to the Instrument produces an unjust decision. I am satisfied that Mr Ngo has had experience of such a kind and for such a period as would enable him to do, or to supervise, the work for which the supervisor certificate is required”.

In the course of the decision the Senior Member Dr Lucy accepted evidence directly from the Applicant and without corroborating evidence of a supervisor.

This case shows that in special circumstances such as these where there is a great weight of experience that does not fit the strict guidelines of the policy an appeal will take into consideration a broader range of sources of evidence of that experience.

In Hodder v Fair Trading [2019] NSWCATOD 95 the Applicant’s application for an individual contractor’s licence to perform ‘general building work’ was rejected for failing to satisfy two years required experience. Mr Hodder had a carpenter’s contractor licence and was relying on experience obtained as an apprentice which was not accepted as valid experience. The remaining experience was rejected for failing to provide sufficient evidence in support.

Ultimately in this case Senior Member Ludlow decided to uphold the decisions of Fair Trading in rejecting the licence application and stated as follows:-

“31. I am satisfied that the Instrument’s guideline regarding the nature and period of experience should be followed in this case. I am also satisfied that the form of references required by the Instrument are consistent with the Act, although there may be circumstances where alternative evidence of the required experience and supervision could be accepted. This is not one of those circumstances, as Mr Hodder did not provide alternative evidence apart from his own submissions.

32. If I were to disregard the incomplete nature of the references provided by Mr Hodder from Mr Klomp and Mr Thompson and accept them as evidence of his experience, the totality of the periods of experience represented by those supervisors from whom he provided a reference would not amount to the required period of two years experience in general building work. The applicant then submits that his experience as an apprentice should be capable of being included in the calculation of experience for that purpose. The applicant was an apprentice in carpentry.”

The Tribunal confirmed that work as an apprentice does not qualify as relevant experience for calculating “two years experience in general building work.”

This case shows how important it is for an applicant to provide sufficient evidence in an appeal to the Tribunal as the Tribunal will consider a wide variety of evidence to prove the necessary experience component of the licence application.  Failing to provide that evidence can still be fatal in the Tribunal.

In Carrigan v NSW Fair Trading [2018] NSWCATOD 60 Fair Trading had rejected an application for an individual contractor licence on the grounds that the applicant was a developer and therefore did not meet the relevant qualifications and requirements for the issue of the licence according to the Instrument.

The Tribunal set aside this decision and issued the licence to the applicant.

One of the grounds that Fair Trading used to reject the application was that the applicant was neither an employee or subcontractor but was a developer who engaged the builder to carry out residential construction.

In the facts of this case, the Applicant had 20 years of experience on a number of medium and high density residential properties in a variety of work.

This case re-confirms the position that the Tribunal will not be limited by ‘The Instrument’ in analysing whether an applicant has sufficient experience where the Instrument produces an unjust decision. The law in this regard was summarised as follows:-

(1) the proper characterisation of the Instrument is that it is a policy, but not “Government policy” as that term is defined in ss 50 and 64(1) and of the Administrative Decisions Review Act;

(2) the Tribunal is only required to give effect to “Government policy”: see par [39];

(3) the Tribunal “may have regard to any other policy applied by the administrator in relation to the matter concerned except to the extent that the policy is contrary to Government policy or to law or the policy produces an unjust decision in the circumstances of the case”: see s 64(4) of the Administrative Decisions Review Act 1997 (the ADR Act) and Whitehouse at par [39];

(4) the Tribunal must not apply the Instrument inflexibly (that is, as a fixed, determinative rule), as this would be an error of law (see par [57] and Dr Lucy’s discussion of the authorities).”

Ultimately the Tribunal accepted that despite the fact that the applicant’s experience did not satisfy the strict requirements of the Instrument, the Tribunal was satisfied that the nature of his work experiences was so extensive that it otherwise qualifies him for an Independent Contractor Licence.

In Jones v Commissioner for Fair Trading, Department of Finance, Services and Innovation [2018] NSWCATOD 1425 the applicant sought to vary his carpenters licence to include ‘general building work’.

The Tribunal looked at experience obtained in Victoria as well as NSW, which Fair Trading had not accepted as relevant pursuant to the Instrument. In this regard the Tribunal noted:-

“26. Although the internal reviewer also discounted some of the work experience relied upon by Mr Jones, on the basis that the work had been carried out before Mr Jones obtained a contractor licence in NSW, the Commissioner did not maintain that position before me. Mr Jones explained that he lived on the border between NSW and Victoria and that much of his experience had been in Victoria, where Mr Jones was not required to hold a contractor licence.

61. In this case the strict application of the Instrument would produce an unjust result to the extent that it required work performed by Mr Jones outside NSW to be disregarded. However the Commissioner has conceded that the Instrument should not be strictly applied in that regard and that Mr Jones’ experience outside NSW should be taken into account.”

Mr Jones provided details of his own work but did not provide any independent evidence and the Tribunal ultimately did not accept that as appropriate evidence of the variety of the experience of the applicant.

In particular , the Tribunal said:

87. By the issue of an endorsed contractor licence the Commissioner represents to the public that the contractor is capable of carrying out or supervising the entire range of work falling within the category of “general building work”. It would not be appropriate that such a representation be made solely on the basis of assertions by the applicant for the licence, uncorroborated by third parties.”

In the absence of such corroborative evidence the Tribunal did not find that Mr Jones had the necessary variety of experience to be granted a supervisor certificate. This case again shows how important it is to supply supporting evidence in an application.

In Cooper v Commissioner of Fair Trading [2017] NSWCATAD 242 at [11] the Tribunal observes that applying the Instrument inflexibly or allowing it to take precedence over the provisions of the Act would be an error of law.

The Applicant in this case established that he held a Carpentry Trade licence, Qualified Supervisor Licence and Builder’s Licence which lapsed in 2010.

He had previously managed his own building company, been a fulltime employed supervisor in a residential aged care construction, and consulted in the industry, and was continuously and actively employed in the housing industry in a construction supervision role for the past 27 years.

By failing to renew his licence for a period of time he fell foul of the strict guidelines of the Instrument which is why Fair Trading rejected his application.

Senior Member Dinnen of the Tribunal commented that in the facts of this case Fair Trading were:-

“applying unnecessarily inflexible requirements to the process of obtaining a licence under the Act”.

The Applicant provided sufficient supporting and independent evidence to independently substantiate his experience and the Tribunal made a decision to issue the Applicant with a Qualified Supervisor Certificate.

The above cases show that the Tribunal is not limited by the strict requirements of the policy known as the Instrument in assessing licence applications and will take a much broader view of the extent and nature of experience in making its decisions.  The Tribunal will also consider a wider variety and source of evidence to prove qualifications and experience.

These cases highlight also however, the need for evidence in the making of an application for consideration. The Tribunal will consider fresh evidence that was not before Fair Trading and applicants can take advantage of this fresh opportunity to provide substantiating evidence from independent sources.

Overall these decisions indicate that in a case where the facts do not fit the strict guidelines of ‘the Instrument’ a fairer result can be obtained at the Tribunal.

If you have had an application for a licence rejected or are considering an appeal of a decision by Fair Trading to the Tribunal we are available to provide advice on prospects and the type of evidence that may result in ultimately succeeding in the Tribunal.

For more information, please contact our solicitors Anthony Herron, Matthew Singh or Catherine Lucas at excellence@kreisson.com.au or on 02 8239 6500.